My First Bubble or New Start for Anna

August 13, 2013
Recently (exactly yesterday) I listened to Anna Netrebko’s Verdi Album. I was waiting for it with huge anticipation. 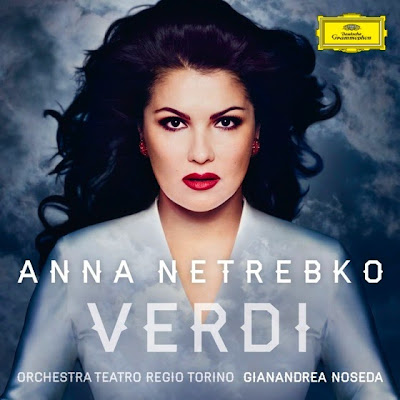 (Photo: Kristian Schuller/Deutsche Grammophon)
Anna is one of my favourite singers and I always try to keep in touch with all things that happen to her. So…I guess that’s a good start for my first bubbleJ making a little review.
In general I have to say (if u don’t know much about Anna) Verdi album is a new page of her career cause she is now moving to a new more dramatic repertoire as her voice has changed for recent years.
The whole album represents extracts from Verdi’s «Macbeth», «Giovanna d'Arco», «I vespri siciliani», «Don Carlo», «Il Trovatore». 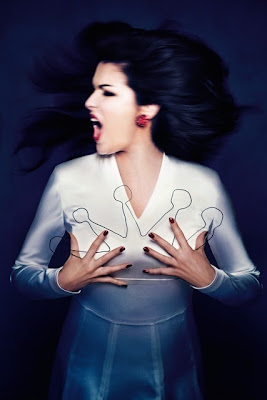 (Photo: Kristian Schuller/Deutsche Grammophon)
The first five tracks is a portrayal of a cruel and manipulating person Lady Macbeth. «Vieni t'affretta» demonstrates it and in this particular aria Anna is great. Listening to it you feel Lady’s evil character and energy. Sometimes I heard some tear but I suppose it’s what Verdi had planned in his music for this woman. I’ve read in one article that he considered Lady Macbeth as an evil and ugly person and wanted the similar singer to portray her. It’s hard to call Anna Netrebko uglyJ but through her singing you understand the ugly gut of this heroine.
To be honest I’d not choose Lady Macbeth if I were Anna (oh my dream!). You should have vocal chords made of steel to sing it! (just my opinion). This way it’s very similar to Donizetti’s opera «Anna Bolena» which she’s already performed and said that it was the most difficult part ever! I think Netrebko will make this role unforgettable in her carrier not because of her singing technique or sth like that but mostly for her acting ability. I consider that’s why she’s chosen it. Such evil and complicated characters are always attractive for many opera stars.
I have to say I haven’t watched the whole opera (but I’m gonna do this) but what I’ve heard in this album really captivated me cause…it’s Verdi and it’s what he does in his masterpieces. 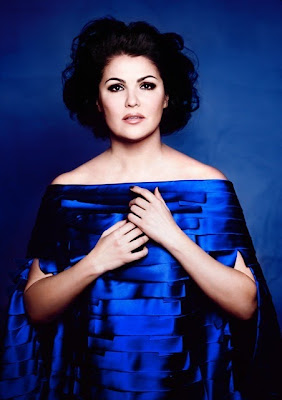 (Photo: Kristian Schuller/Deutsche Grammophon)
Another role Anna is going to perform on the stage very very soon is Eleonora from «Il Trovatore». I saw this opera when I was probably about 10 or 12 and even then I loved it very much for its music, interesting plot. It seems to me that many people underestimate its beauty so…I highly recommend it if you haven’t watched yet!!!
But back to Anna…this role suits her perfectly! It has power and tenderness which our opera diva will show in a whole range (I can assure you!). As I could hear it’s very comfortable for her to sing it and her voice just…flows easily and lightly. And it was a big pleasure to hear the voice of the amazing tenor Rolando Villazon with whom Netrebko used to sing a lot. "Miserere ... Quel son, quelle preci" of Act IV is absolutely stunning!!! 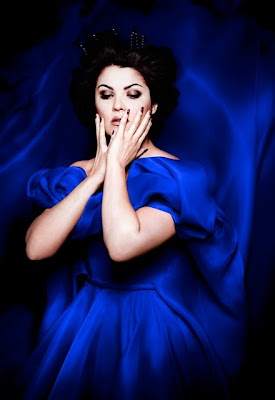 (Photo: Kristian Schuller/Deutsche Grammophon)
Unfortunately for me (a little sad), there was no duet with Count di Luna. This character is very interesting as well as his interaction with Eleonora. Not so long ago there was a recital of Anna Netrebko and Dmitry Hvorostovsky on the Red Square in Moscow where they sang the duet from «Il Trovatore». I was absolutely blown away cause despite the lack of set and decorations I was like at the real opera performance… I did’t understand any word (bad Italian:(((() but I felt and saw what the situation was about. Now I’m looking forward to her debut in this part and hope Anna and Dmitry will sing in «Il Trovatore» in the nearest future. 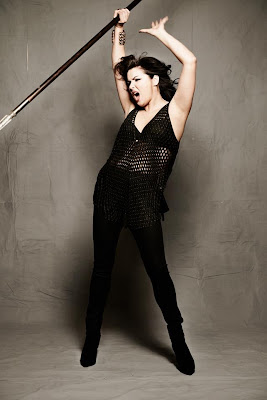 (Photo: Kristian Schuller/Deutsche Grammophon)
The role of Giovanna d'Arco is the new one for Anna. She has just debuted in a concert version with it in Salzburg. There she told the press that she didn’t see it staged. I’ve never heard a little tiny piece of this Verdi’s work but I liked it. It’s full of nature, birds, wind, music is very bright with…of course…some drama inside. On the CD there are just two arias which are presented in a very gentle and lyric way by miss Netrebko. You just enjoy how the melody and the voice mix together. 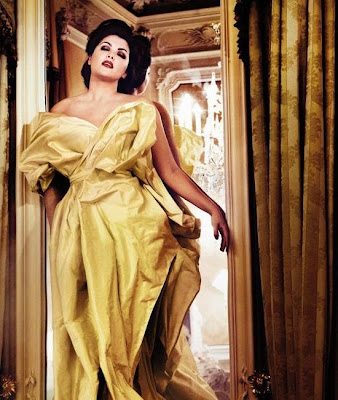 (Photo: Kristian Schuller/Deutsche Grammophon)
The two roles Netrebko is still thinking of are Elena («I vespri siciliani») and Elisabeth («Don Carlo»). If she asked me I would say «Do Elena!». She interprets it very well as I can judge from the album. Bolero "Mercè, dilette amiche" is just a wonderful melody, very memorizable! And her voice does all the passages without any difficulties. The character of Elena I should say is very typical for soprano, a desperate woman fighting for her love. I wouldn’t say that she totally stands out from the other ones but I’d love to see how Anna can transform her, make this part unique. I think Anna could make it real! 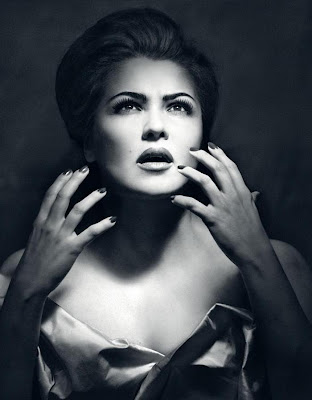 (Photo: Kristian Schuller/Deutsche Grammophon)
The aria from «Don Carlo» was sung very touching. But I’m not sure about this opera for Netrebko cause we hear just one piece, not even two, and it’s not the same thing as a whole performance. Maybe it’s not so interesting part for her as an actress which also means a lot to many singers.
Anyway, I wish Anna good luck with her new repertoire, in my opinion she moves into the right direction. It suits her well, it’s more interesting for her now. We’re waiting for DVDs, broadcasts of these operas with Anna!!!

P.S. By the way, photos for the album are awesome except one on the cover:(.
anna netrebko cd deutsche grammophon don carlo giovanna d'arco I vespri siciliani Il Trovatore macbeth My reviews REVIEW verdi 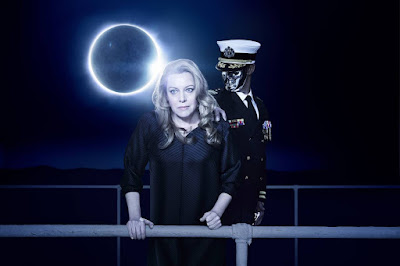 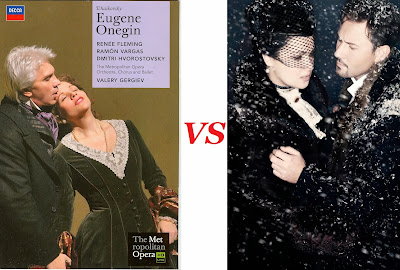 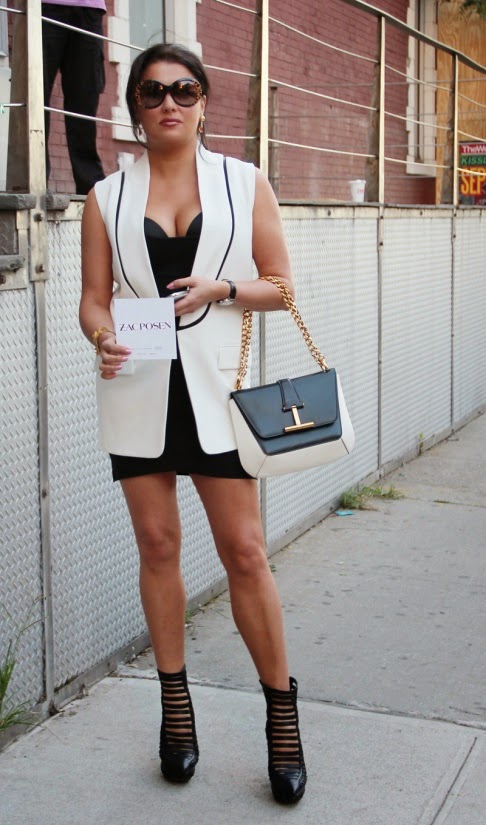